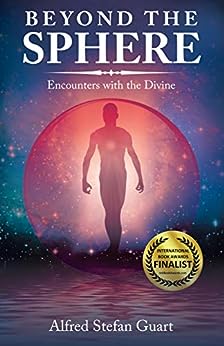 Beyond the Sphere: Encounters with the Divine

People have reported encounters with God since the beginning of recorded history. Visitations gave rise to every major religion, influencing the hearts and minds of billions of believers. These powerful events are part of the human record, but it is unclear how accurate they are or how frequently they occur. However, reports from those who claim to have encountered Divinity are fairly consistent: There’s something unfathomable out there. Al Guart, a committed agnostic, diminished these accounts as possibly the result of overactive imaginations, mental illness, mythology or drugs – until the first of his unexpected encounters in 1980. He kept silent about his experiences over the past forty years, working to integrate them into daily life while trying to fathom how and why they happened. In this ground-breaking book, Al relives two Divine encounters in stark, journalistic detail. The first Visitation overwhelmed him with sheer jubilance, and the second – also imbued with joy – left him weeping as never before. Along the way, he takes a hard look at historical accounts of Divine appearances and challenges the renderings of God left in their wake. He offers the fruits of his spiritual inquiries for consideration but encourages readers to seek their own direct contact with the Creator - and to settle for nothing less.
Got A Question