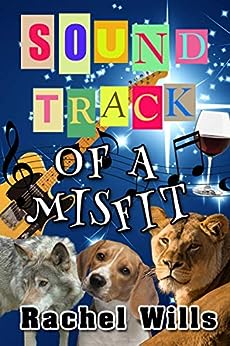 Soundtrack Of A Misfit: Adventures in ADD & Addiction

This is a debut work by Washington, DC area native writer and poet. It's a coming of age tale about a late bloomer who grew up feeling like a misfit. It's also the story of a young Jewish woman who wanted to be an edgy punk rocker but was too afraid to incur motherly guilt. True to her character, she weaves her ardor for music and nature all throughout the book.

The author grew up in the 80's when not much was known about Attention Deficit Hyperactivity Disorder (ADHD); something she was diagnosed with at the young age of five. She always struggled to keep up in classes and was teased for being too slow, too sensitive and too short. As a young girl and adolescent, her passion for music and the outdoors allowed her to escape reality.

As life became more complex, the author turned to adventure, alcohol, marijuana and men. She had zany experiences traveling throughout the United States, as well as Jamaica and Israel -- always on a quest to find "her" people and a place of belonging. The author epitomized "failure to launch" and tried her hand at a number of careers including: being a barista, a Montessori elementary school teacher; a recycling specialist; an administrative assistant; and an entrepreneur before finally landing.

Eventually this small, Jewish girl with ADHD transformed herself into a woman of grit and grace. She found she belonged to a sober community that she never imagined she'd join and today, uses her life's lessons as a power for good. The author now helps those struggling with ADHD, addiction, anxiety and other mental health issues to focus on their own paths to healing. She once berated herself for being an unruly dandelion stuck among organized rows of roses. Today, Rachel Leigh Wills is proud to call herself a wildflower and help others to sow seeds of self-compassion and self-esteem.

Rachel Leigh Wills
Got A Question