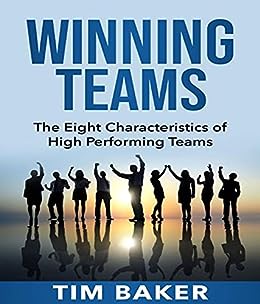 Most team problems can be traced back to a simple misunderstanding, communication breakdown, or relationship malfunction. It's the people-dimension-not the task-dimension-that continually challenges team leaders. Winning Teams: The Eight Characteristics of High Performing Teams offers leaders practical and easy-to-implement tools to profile and build a robust team identity. A brand-new team identity model sets this book apart from its competition.

The Team Identity Model consists of the eight research-based characteristics that separates high-performing from low-performing teams. The focus of the model is the often-neglected people-dimension of teamwork. The secret of a winning team is found in how its members relate and interact with one another and the frequency of their collaboration.

This book is targeted at team leaders-typically promoted on their technical competence-who often struggle with the people-dimension. Further, business rewards task success-whether it's more sales, better widgets, or superior service delivery. But it's people that lead to task achievement ... or failure-not the systems they use, or the know how they possess.