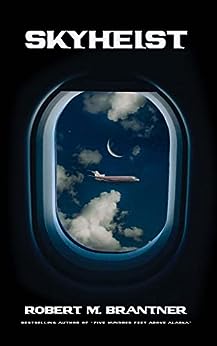 Everyone thought it was just a hijacking. They were wrong. It was a skyheist ! In aviation's golden age of the 1960’s, a late arriving passenger boards a TWA 727 minutes before departure. However, this passenger is not what he seems. As the plane is taxiing out for takeoff, the new arrival brandishes a gun. Everyone present is now part of a hijacking. Working with the authorities, the flight crew is successful in safely evacuating the passengers. However, the hijacker is equally successful in forcing the plane into the sky. Destination: Cuba. In the middle of the night, hours after takeoff, an explosion rocks the plane, forcing the crew to make an emergency landing short of the hijacker’s intended destination. As smoke begins to fill the cockpit, the flight engineer heads back to the cabin to investigate. There he finds the hijacker has mysteriously disappeared. Even more curious, he has left his $100,000 ransom behind. It isn’t until the treasury department becomes involved that the crew learns that what at first seemed a normal hijacking, was in reality a heist worth $11 million dollars. Skyheist is a thrilling adventure full of twists and turns that will keep you guessing until the very last page, taking you on a journey through an age of air travel long past, but not forgotten!
Got A Question