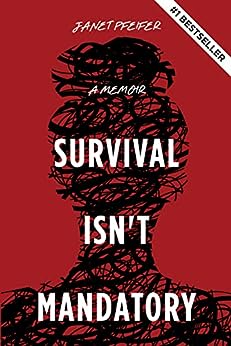 With no sure bets and after near-fatal mistakes, survival was never mandatory. In 1947, Janet’s family was surprised with a girl. It’s not the first time in history this has happened to a family, but hers had very clear ideas about it. If she had been a boy, she’d have been happy to shoot rabbits right between the eyes, drive trucks, flatbeds and tractors, kick ass, and kill chickens. And, never cry! But what’s a girl to do? Taught to manage anger, fear, and confusion by staying quiet, being polite, and saying thank you, Janet was expected to listen and follow orders, even though life in the San Joaquin Valley could be cruel, hard, and oftentimes vague. This shaky girl wanted, more than anything, to be brave. Her life was about exploring boundaries and exploding truths, all while discovering there are no guarantees. Struck down by multiple assaults, she stands up, wrestles with her limits, begins to build strength, and finds her voice. She learned to live and shoot by the hard truths of the San Joaquin Valley: Change is choice, life is hard, and certainly not mandatory.
Got A Question