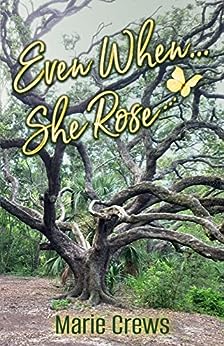 Even When... She Rose

Growing up with an absent father and an exhausted, single mother who was trying to work and raise four children, Rose was left to essentially raise herself. She unknowingly repeated her mom’s pattern by marrying young and becoming a divorced, uneducated mother of two.

Years later, with a broken marriage to a broken man in her rearview mirror, Rose finds herself happy and in awe at how she ended up re-married, this time to the man of her dreams. His love and support strengthen her unwavering commitment to her children as she continues to guide them into adulthood, and all seems well.

Until she begrudgingly accepts an opportunity to tutor a young mother-to-be. In doing so, she unintentionally opens the lid to her own Pandora's box which forces her to grapple, once more, with the wounds of her painful past (a past she thought she’d laid to rest).

This contemporary novel looks like a timeless tale of hardship on the surface, but it reaches much farther into the depths of the challenges of motherhood, raising a special needs child, loss, and triumph, in ways few writers have. In her debut novel, Marie Crews has laid it all out there. She’s captured the heart of humility, courage, transparency, and empathy. Her unique style of writing and storytelling is sure to captivate and inspire all who dare to dream and begin again, Even When…
Got A Question