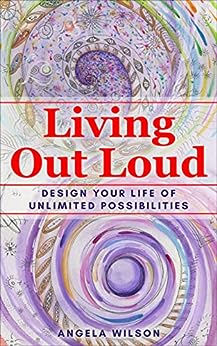 Living Out Loud: Design Your Life of Unlimited Possibilities

How do these limits affect us?
Did they creep in within an instant or over time?
Have they changed who we are and how we play out our lives?
Where do these limits come from?

For Angela Wilson, growing up, she started hearing stories and criticism that she interpreted to mean that being who she was not okay - not good enough. She internalized that if she was going to fit in, she needed to change and be who she thought others wanted her to be.

This started out simply. As a chatty little girl, she grew up in a time when little girls were supposed to be seen and not heard. That really wasn’t her style, so she was told to be quiet a lot. Can you identify with this? What other things did you hear?

As Angela became an adult, the messages that she was not measuring up kept coming, and she took them onboard too. This led to Angela becoming quieter and quieter. Shrinking further away from being seen, away from being who she really was. Living life in the shadows of fear, shame, and self-doubt. Angela feels strongly that no woman should have to live this way.

Are you living the life you deserve, or are you hiding in the shadows, playing out someone else’s version of your life?
Following some dark periods in her life, Angela made the choice that she was going to remember who she was, regain her authentic self, and live as 100% Angela all the time.

That is what she wants for you as well, and why she wrote Living Out Loud.

Her bookincludes exercises, design keys, and mindset shifts to assist you in standing strong in your life and to start using your voice and allowing yourself to be seen. You deserve to live the life you are here to live, the way you want it to be.